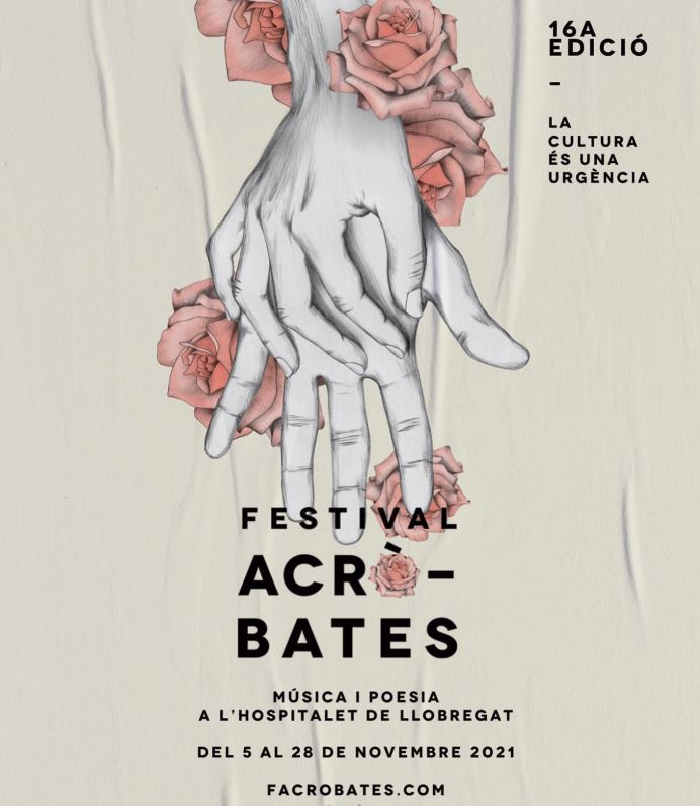 The word as a thread for a singular proposal that discovers a new generation of musicians, poets and artists that they already share poster with artists consolidated he Arranca on Saturday in the Auditorium Barred with a collective exhibition of virtual artists in homage to Miquel Martí i Pol and the show What more it lived in that place, except us?, a rereading of the work of the poets Russians Ana Akhmàtova and Marina Tsvetàieva

With the word as a thread, the Acrobat Festival shows a singular proposal with desires for being a space of creation, sample and literary and musical communication within the framework of the metropolitan area of Barcelona. The festival has kept on creating net for all the city, in the last years has incorporated new headquarters. The proposals of this year will develop of the 5th in the 28th November and, like always, are thought so that they arrive at every type of public.

Acròbates proposes poetic recitals, unedited shows thought to look cultural in centers and theaters, shows of small and big formed that have reception in the Youth Theater and in the Auditorium Barred, concerts of proximity to the Uncle Jack and presentations of books in the Bookshop Entonces, besides some activities that will be shown in virtual way from the social nets of the festival. The poetic snacks and the activities of the Acrobats Kids they will have headquarters in the different libraries of the city.

The Festival will discover every a generation of musicians, poets and artists who share poster and programming with artists already consolidated.

Acròbates roots up on Saturday in the Auditorium Barred at 19 hours, with the inauguration of the exhibition "Solidary ABCEDARI", a collective sample of visual artists in homage to Miquel Martí i Pol, prepared from the written work by the poet through haikus ABCEDARI. A solidary pleasure. The sample wants to claim the literary and poetic figure of Martí and Pol. At 20 hours, the company La Filla del Capità offers in What more it lived in that place, except us? a rereading of the work of the poets Ana Akhmàtova and Marina Tsvetàieva. It is a sound and visual journey that wants to take two poets to the contemporary public very important of the Russian literature of the 20th century.

A remembrance also for the poets Joan Margarit - in the voices of the young poets Estel Solé and Josep M. Rodríguez - and Mario Benedetti - with the actor Alberto San Juan and the music of Fernando Egozcue.

The poet Benjamín Prad will not offend to the acrobatic appointment. On this occasion making Rebeca Jiménez even with the singer. In Agitado and mixed the poems fit to perfection with the songs to such an extent that Benjamín interprets a sun of harmonica and Cardigan recites the verses of the writer.

The Acrobat Festival proposes a virtual activity: he invites to making pictures inspired in the poems of the poets participant and to publish Instagram them with the hashtag #FotopoemaLH. A selection of the best pictures, made by a jury formed by members of the festival, will be set forth next year, in the 17th edition.