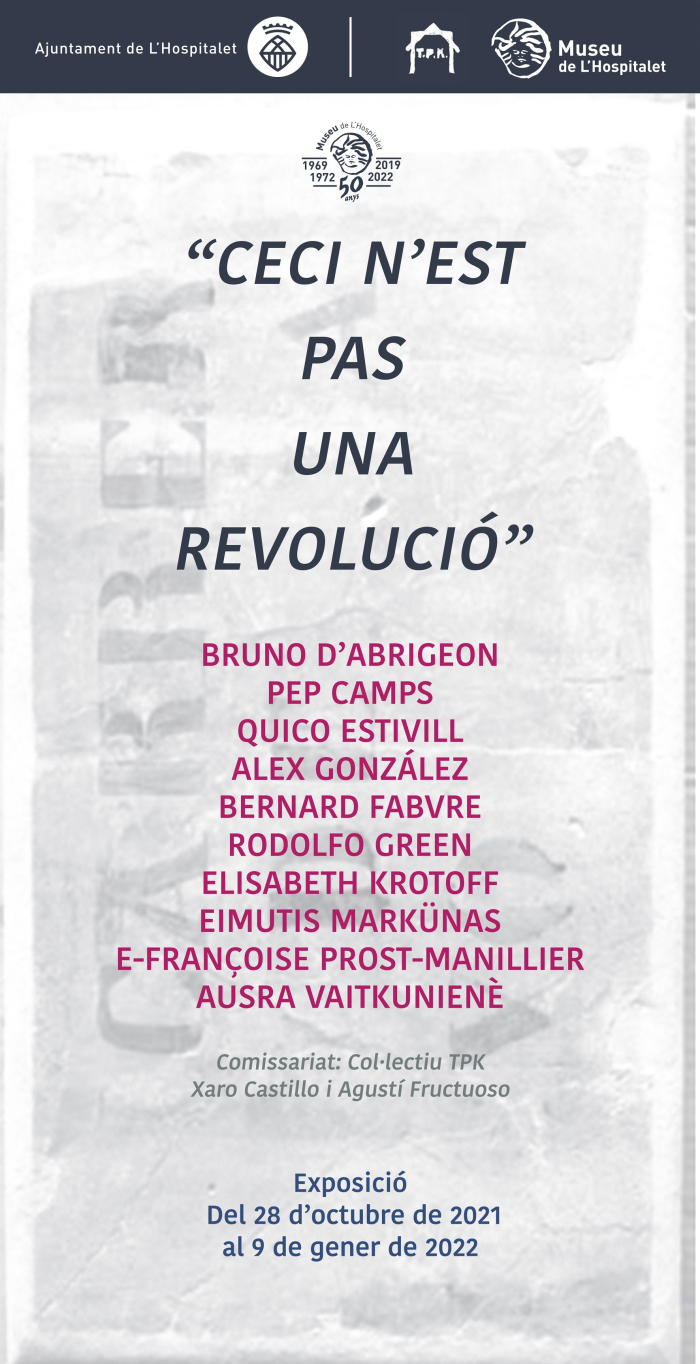 "Ceci n'est step a revolution", the new exhibition that reinterprets works of the background of the Museum

The artists have worked about a plaque of the nomenclator of the city during the Civil War. The sample will be open to Casa Espanya until the 9th February

The Museum and the TPK, Art and Contemporary Thought propose a new approach to some of the pieces of the background of art of the city. To "Ceci n'est step a revolution", artists coming from Mexico, Lithuania, France and Catalonia have worked about an ancient plaque of nomenclator of the city during the Civil War.

During this period, the municipal Plenum approved of the change of name of fifteen streets and posts. One of the involved ones was the street of Sant Roc, who went to being called street the Revolution. The immediateness to apply the agreements forced to a simple labelling and the name of the street was painted about the façade of the placed building at number 1.

Once the war had been finished, the new authorities returned the name of the street and the labelling covered with a cape of painting. With time, the cape of painting vanished and the neighbors alerted in the Museum, which he was of extracting in charge and consolidated the sign to include it in its background like a witness more of the recent history of the city.

Comissariada for the collective TPK, the exhibition shows the works of the artists that, how Agustín Fructuoso suggests, "the suggestions and the reflections show that it provokes the object of study, its physical presence, the conceptual, emotional, historical and symbolic burden and the current absence of the place for where it "was thought".

"Ceci n'est step a revolution" part form of the cycle Looked contemporary towards the collection of the Museum. The re-interpretation of works and ancient patrimonial elements on the part of contemporary artists contributes to relating the past and the present from works that shape the artistic background of L'Hospitalet.

The sample will be opened of the 28th October to the 9th January in Casa Espanya.